A year ago, we were hoping that the impact of the pandemic would subside, and the world would return to greater normalcy. The war in Ukraine and its wider repercussions have put paid to that. Hence, with the year coming to an end, I’ve taken some time to reflect and jot down my top six predictions for 2023.

COVID-19 and the war in Ukraine have shown that geopolitical forces have become a driver for change in many ways. Think of Technology/5G, Climate Change, Human Capital, Supply Chain Disruptions, and Food and Agriculture. Here are a few examples of a different nature:

Disney has landed in the culture war crosshairs. Right-wing politicians and activists in the US have been targeting the entertainment giant over its stance on LGBTQ issues, urging boycotts and threatening business operations.

The situation in Ukraine has made evident that a larger conflict between China and Taiwan seems less unlikely than before. And the Taiwan Semiconductor Manufacturing Company (TSMC), which produces the majority of the world’s semiconductors and advanced chips, is caught right in the middle of this tension. The rivalry between China and the US has most recently fully burst into the technological sphere, with the US Congress passing the CHIPS and Science Act in August. These measures aim to secure stable US access to advanced semiconductors in the future and deny China the same by restricting the export to China of equipment and designs used in developing and producing advanced microchips. The West has been addicted to cheap products from China and cheap oil and gas from Russia. These recent developments teach us that with the disrupted geopolitical relations, we’ve become quite vulnerable and are currently paying the price.

I recommend that brand leaders develop a full understanding of the potential impact on their business and brand as their behaviour might, unexpectedly, come under scrutiny, and principles can only be adhered to at a real cost. In many cases, there won’t be a right or wrong; it’s a matter of becoming consciously aware of what might happen and making choices that seem right for the brand and its stakeholders.

2. The impending death of third-party cookies will make long-term brand-building more important than ever

Those of us with more marketing responsibility have become cookie addicts. We have been using cookies to track website visitors, improve user experience, and collect data that helps target ads to the right audience. We also use them to learn about what our visitors are checking out online when they’re not on our websites. Safari and Firefox have been blocking third-party cookies since 2013. Google is also stepping away from this form of data tracking on Chrome.

For marketers and brand leaders, this implies that long-term brand-building – to help create empathy across stakeholder groups – has become significantly more relevant. Binet and Field’s work on the long and the short of brand building resonates with many board members, helping them understand the need to invest more in long-term brand building and not just short-term sales activation through performance marketing.

3. Focusing on both purpose and profit will remain a balancing act

This summer, the Page Society published its latest thought leadership piece on Societal Value, a must-read for every communication- and business leader. 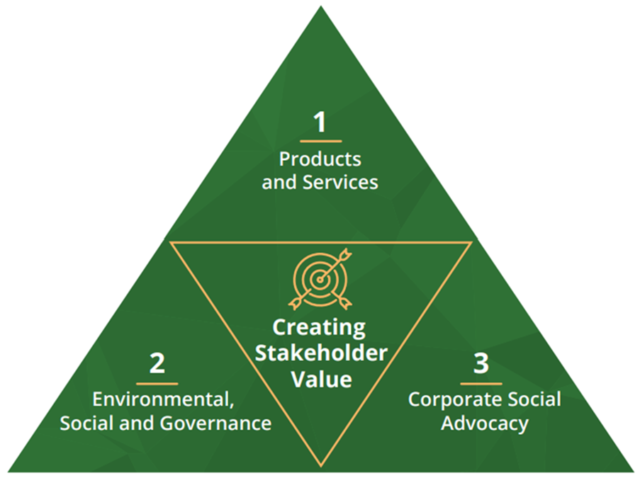 The shift to the stakeholder economy will be lasting and should be a focal point in any organisation’s future strategy. Yet, we’re seeing examples where the pendulum is possibly swinging too far – for instance, at Unilever, where under the leadership of Alan Jope, it’s been a mantra for a long time. In 2019, months after starting as CEO, Jope famously said, “brands without a purpose will have no long-term future with Unilever.” As a result, they faced shareholder pressure for potentially prioritising purpose over business results. In my opinion, this is only natural, especially if business performance – as it is in Unilever’s case – is lagging behind that of their peers.

Focusing on both purpose and profit will remain a balancing act, and, with the huge impact of geopolitical developments (i.e., the war in Ukraine, disruptions to energy supply and supply chains), it will be more challenging than ever. For brand leaders, re-assessing how their brand interacts with various stakeholder groups is crucial, and the role of brand in strengthening that relationship between an organisation and its stakeholders has never been more important.

4. The changing paradigm for brand organisation

Modern brand management is about enabling a dialogue between your organisation and its various stakeholders. The era of simply steering, controlling, or managing your identity is over, and we have entered the era of orchestrating your brand experience – a complex symphony involving the organisation and its various audiences. Orchestrating a brand experience sounds simple, but it is not. It covers a whole spectrum of expressions – behaviour, actions, verbal and non-verbal communication – that create an impression of who you are and what you stand for. To reference the Page Society, it’s about how you articulate and convey your corporate character:

“Those responsible for brand will be under increasing pressure to demonstrate their added value and raison d’etre from a business perspective.”

The new brand governance paradigm is all about enabling a coherent brand experience across multiple channels and touchpoints – an extremely multifaceted and complex task that requires more planning and preparation than ever.

5. Reservations around the metaverse

The Metaverse is a hype…for now. I extensively wrote this in my recent article about brands and the Metaverse. As with any emerging and disruptive technology, the marketing of innovation precedes execution and scalability possibilities. The real question is when to invest heavily in innovations. Until then, you can learn, experiment, fail, and start over. We have seen it with VR Technologies, like Facebook’s Oculus Rift, which failed to gain traction beyond the gaming realm. We saw the same thing with the social app Clubhouse, which came to the fore at the height of the pandemic but then plateaued. With the emergence of new devices and vocabulary that come with the rise of the Metaverse, it is also essential for companies to take this time to learn, be curious, read, and keep up.

The immersive nature of the Metaverse also inevitably raises the question of integrity and trust. Web2 has already enabled the biggest tech companies to own our data and exponentially grow their influence over us as a result. Their competitive advantage from moving into this new realm before everyone else relegates too much power to just a handful of people. We live in a world where one man bought Twitter, and I don’t think we want that. No good can come from giving that much power to a select few. Web3 was supposedly designed to facilitate the decentralisation of data ownership. But big tech companies setting up pioneer camps in the Metaverse warn of a looming monopolistic space that threatens the very tenet upon which Web3 is founded.

For so long, companies have focused only on becoming digital. And then, it became about a digital movement focused on using data, algorithms, and AI, virtually reinventing consumer decision-making and turning companies into data enterprises. However, for these new systems to create value for stakeholders, especially in a decentralised system such as Web3 and the Metaverse, they must be designed and managed responsibly.

For the latest on the Metaverse, I suggest reading the latest piece on the subject from Microsoft’s Dirk Songuer, one of the world’s most trusted voices on Metaverse.

6. Chatbots are becoming serious and communication leaders must keep a close eye on them

Earlier this month, ChatGPT was released. The New York Times named it “simply the best artificial intelligence chatbot ever released to the public”. You can get started by signing up at https://chat.openai.com/. Sam Altman, CEO of ChatGPT, claims that the platform already has over a million users. The difference between reality and fake news, or AI-generated content, is only getting more difficult to spot. I predict we’ll face massive communication disruption where security and trust are involved. Have a look at the ChatGPT experiment and make up your mind about it. 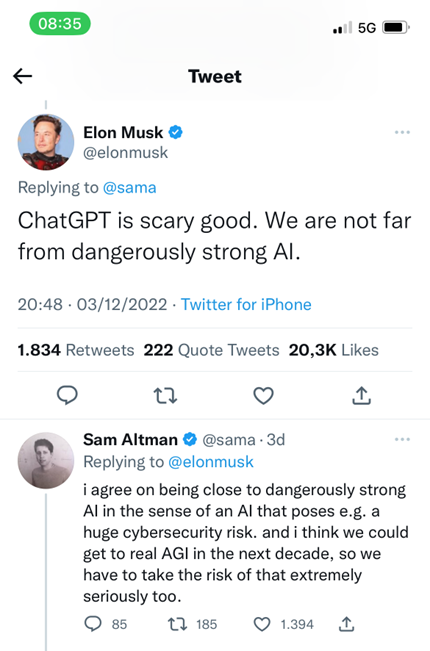 All in all, despite the continued uncertainty caused by Putin’s war and its various downstream impacts, there are very interesting times ahead for brand leaders. I am always available to chat – for real 😉 – if you’re interested to explore and exchange further.